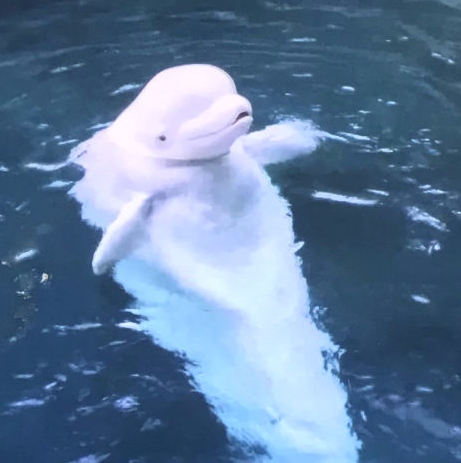 Measuring the cost of resting, swimming, and diving in beluga whales to better understand the impacts of disturbances.
Despite being listed as an endagered species in 2008, the Cook Inlet beluga whale population has continued to decline, with less than 350 individuals now remaining. As this population's critical habitat areas are found in and around one of the largest human populations in Alaska, they are exposed to elevated levels of anthorpogenic disturbance. In order to better understand and quantify the effects of these disturbances however, we need to establish a baseline for beluga whale resting metabolic rates and dive costs.

Working with the National Marine Fisheries Service and Georgia Aquarium, our team is collecting the resting and swimming metabolic data needed to fill the gaps in our knowledge with the goal of better understanding and protecting this endangered species.